A Guide to the Victims of the International Slave Trade 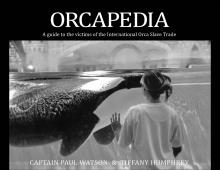 Established in 1977, Sea Shepherd Conservation Society has been protecting the ocean’s ecosystems and marine wildlife for over forty years. ORCAPEDIA: A Guide to the Victims of the International Orca Slave Trade by Captain Paul Watson and marine wildlife expert Tiffany Humphrey provides a sobering look at the current imprisonment of orcas––a highly intelligent, socially complex, nonthreatening species––by a for-profit industry.

ORCAPEDIA introduces the reader to the largest member of the Cetacea order of marine mammals, the orca (aka killer whales). Decades following the movement to release Keiko, the orca who appeared in the family drama Free Willy, into the wild still finds dozens of orcas in captivity. Fascinating details on their size, eating and mating habits, and pod dialects and structures are shown to work against them when they are imprisoned. The names and color photos of over sixty orcas, together with personal history and notable incidents, such as injuries and behavioral issues, convey a realistic account of the injustices being perpetrated. To further illustrate the point are five pages of “headstones” in recognition of orcas that have died at marine park facilities.

While many would not survive if they were suddenly released into the wild, the authors recommend the use of sea pens, which present a viable compromise by allowing the orcas greater freedom, providing them with the opportunity to learn how to catch fish, and having trainers on hand to assess their health, VIsitors would be offered a view of whales living in more natural surroundings.

ORCAPEDIA mandates change and inspires us to follow through. All proceeds go to Sea Shepherd Conservation Society. Visit seashepherd.org for more information. 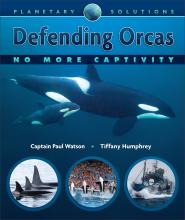 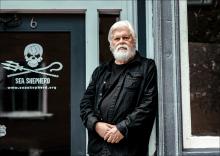