Polarity Therapy is a comprehensive health care system based on the understanding of the human energy field. Polarity Therapy is the fruit of the life's work of Randolph Stone N.D., D.C., D.O., who was almost 92 years old when he passed on in 1981.

In a series of 6 books published between 1954 and 1957 Dr. Stone offered his synthesis of Ayurveda, Naturopathy, Osteopathy, Craniosacral Therapy, Hermetic Philosophy and Quantum Physics which he called Polarity Therapy.

In the 1940s, he deepened his knowledge of and commitment to esoteric understanding by accepting initiation into a meditation system based in India. His dedication to this yogic path continued uninterruptedly for almost 40 years, and he made frequent visits to India to study and develop his inner knowledge. He later divided his practice between Chicago and and India, where he treated patients for free.

Stone's consciousness was far ahead of his time and his work was nearly lost to the world. It was only through the renaissance of interest in holistic health and spirituality in the early 1970's that the world caught up with Dr. Stone's profound understanding and Polarity Therapy began to develop a following of earnest students.

Robert K. Hall, M.D, founder of the Lomi School of Somatics referred to this pioneering physician as " the father of a new field of energetic studies."

In 1986 a small group of Polarity Therapists, students of Dr. Stone, met in California. It had been 15 years since Dr. Stone's retirement, and Polarity practice was becoming diffused. The founders goal was to unify the diverse strands of practice and teaching and to build a new profession upon a solid foundation of Standards and Ethics: Thus The American Polarity Therapy Association was born. 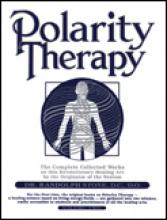 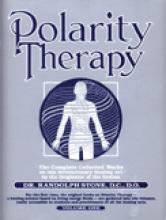