The effects of stress are exceptionally complex and far reaching. They negatively influence a wide range of vital body systems and can compromise anyone’s well-being and quality of life. It’s frustrating and discouraging when multiple symptoms arise but conventional medical tests appear normal. A cluster of common complaints––such as fatigue, anxiety, depression, digestive disorders, and insomnia––have been associated with a syndrome called “adrenal fatigue.” Could that be the root cause of all these symptoms?

Join Sorrel Davis on a guided tour of the adrenal glands and discover how they function, what their role is in the body’s stress-response system, and how their hormones influence physical, mental, and emotional health. Sorrel also explains various disorders of the adrenal glands and current testing and treatment protocols, and delves into the controversies surrounding a diagnosis of “adrenal fatigue.”

Learn how to reclaim your health and energy without complicated regimens or costly supplements and therapies. Get to the bottom of what’s making you feel bad and discover easy-to-use, time-tested techniques that can help!

In 1998 James L. Wilson coined the term “adrenal fatigue” to identify a condition that he believes is the consequence of ongoing stress: below-optimal adrenal function. He devised this term to put a name to the cluster of common symptoms that he asserts are caused by modern stress and to distinguish it from Addison’s disease, a serious, long-term endocrine disorder. But many doctors say these symptoms can be due to other health problems or that the “symptoms” are merely very common complaints experienced by people in general. Who is right? Wilson’s credentials are impressive: He has three doctorates and two master’s degrees in a variety of health-related disciplines, including nutrition, chiropractic medicine, and naturopathic medicine. He was also one of the founding members of the Canadian College of Naturopathic Medicine, the institution where he obtained his degree.

After conceiving the term, Wilson proceeded to create an empire of exclusive protocols to diagnose the condition, along with supplements specifically formulated to treat it. People who had long been suffering with the numerous symptoms that Wilson claims are indicators of “adrenal fatigue” latched onto this label and to his methods in a desperate attempt to find relief. Wilson claims to have successfully treated thousands of patients throughout North America, and his proprietary supplements have been sold in numerous countries throughout the world. Still, many questions remain. Is adrenal fatigue a true medical condition, or is it something simply construed by a well-meaning but misguided individual? Is it physiologically possible for the adrenal glands to malfunction or become depleted due to excessive stress? What tests are available to confirm a diagnosis of “adrenal fatigue”? And what treatment methods are medically endorsed and scientifically proven to alleviate the symptoms associated with it?

The answers to these questions and more are covered in the following pages. You’ll take a tour of the adrenal glands, learn what makes the adrenals tick, and discover what can cause them to fail. You’ll also read about disorders of the adrenal glands, explore the types of tests that are available to check for these disorders, and delve into the controversies surrounding “adrenal fatigue.” In addition, you’ll learn about the medically confirmed health consequences of prolonged stress and discover safe, inexpensive (or free!) time-tested strategies that will help you feel better, reduce your overall stress levels, and gain more energy. Equipped with this information, you will finally be able to take charge of your symptoms, reclaim your health, and take back your life.  --Sorrel Davis 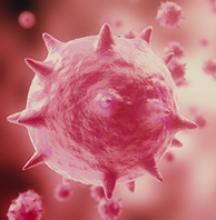